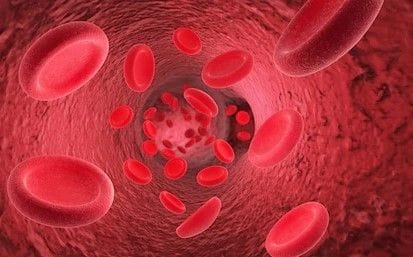 The driver behind the seat of optimal health is circulation as evidenced in both Eastern and Western Medical Sciences. Good fresh and healthy blood circulation moving through the body is undeniably instrumental in the maintenance of optimal human health carrying with it oxygen, nutrition and information throughout the whole of the body.

When thinking about the benefits involved in good blood circulation the tendency is to place importance upon increasing the movement of blood through the blood vessels, this is not to be overlooked. But in maximising the benefits that true health brings Master Zhen Hua Yang has realised that of equal importance to good blood circulation is the viscosity of the blood.

Optimal cell function is when the blood cells are well-formed, well-ordered and flowing freely throughout the body, carrying with them the essential life-giving elements of oxygen, nutrition and information. On the other hand, lack of circulation and blood cells that are clumped/stuck together or dis-figured are the precursors to dis-ease and ill-health.

Calligraphy Health also emphasises the movement of what is known in Eastern medical practice as the Dan Tian, the starting point of good circulation. The Dan Tian is a point located in the abdominal area that stores the life-giving energy of Qi. Movement of the Dan Tian plays a major role in circulation of both blood and Qi, feeding the organs with fresh blood and helping maintain the elasticity of the bowel and intestines.

The mental and nervous systems also rely upon blood circulation to increase brain function and clarity in conveying information, in particular to the nervous system. Increased healthy blood flow and oxygen to the brain, maximises cellular health bringing with it a balanced emotional state and a harmonious and peaceful mind.

Both Eastern and Western Medical perspectives agree that blood is one of the most vital substances for human life.  The differences lay in the movement of the blood. Behind all Chinese energetic systems is the understanding of Qi as a natural force or energy that is Universal. In Traditional Chinese Medical (TCM) practices Qi and Blood are inseparable but blood is viewed as more of a material substance whilst Qi is related to energy - without Blood Qi would float away, but without Qi Blood would stagnate.

Calligraphy Health understands these differences. Utilising the natural force and movement of Qi to unblock stagnated blood, clumping blood cells and allowing blood to be in its natural state, flowing and circulating freely throughout the body. This is the key factor in working towards optimal health.